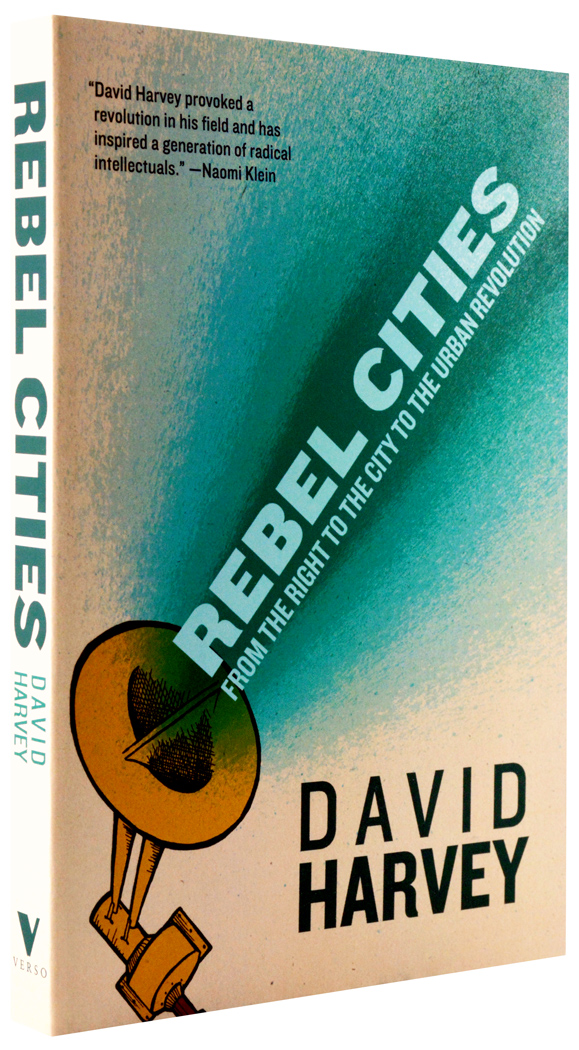 Rebel Cities, From the Right to the City to the Urban Revolution
by David Harvey, Verso

“Rousing manifesto on the city and the commons from the acclaimed theorist
Long before Occupy, cities were the subject of much utopian thinking. They are the centers of capital accumulation as well as of revolutionary politics, where deeper currents of social and political change rise to the surface. Do the financiers and developers control access to urban resources or do the people? Who dictates the quality and organization of daily life?
Rebel Cities places the city at the heart of both capital and class struggles, looking at locations ranging from Johannesburg to Mumbai, from New York City to São Paulo. Drawing on the Paris Commune as well as Occupy Wall Street and the London Riots, Harvey asks how cities might be reorganized in more socially just and ecologically sane ways—and how they can become the focus for anti-capitalist resistance.”

This site uses Akismet to reduce spam. Learn how your comment data is processed.